Read the original article with photos at Polygon 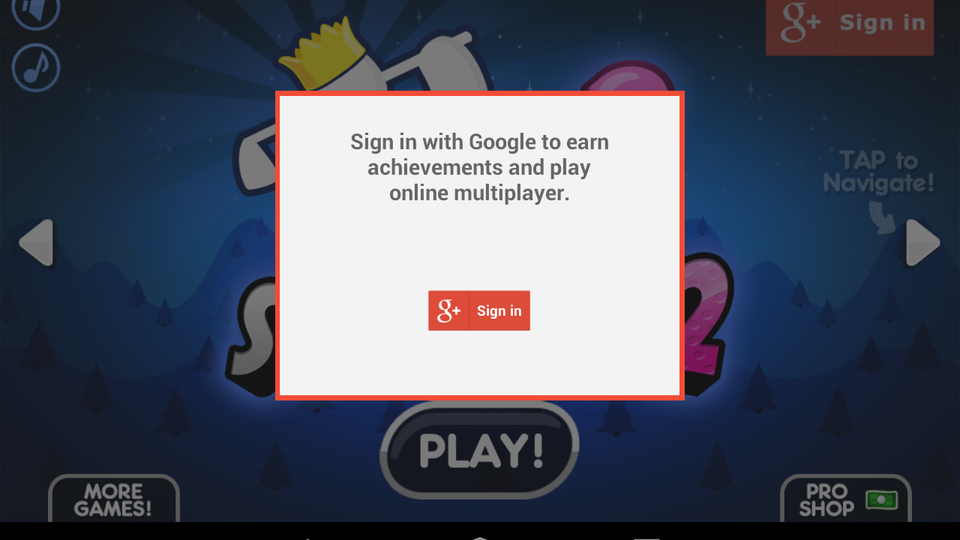 oogle today announced Google Play game services, a first-party suite of gaming-specific services that joins similar services on other platforms, like Apple's Game Center and Amazon's GameCircle. Available as a free SDK (software development kit), developers will be able to add the services to their games with support extending as far back as the three-year-old "Froyo" release of Android, version 2.2.

The service uses the company's Google+ social network to power leaderboards, both social and public; an achievement system similar to the one on Apple's platform; the ability to save game states in the cloud; and real-time matchmaking. The entire suite of services also work across the Android, iOS, and "web" platforms, with the exception of the real-time matchmaking component with remains Android-only "for now."

While the most recent version of Android, dubbed Jellybean, shipped nearly a year ago, over 70 percent of all Android phones operate an earlier version of the operating system. Eager for developers to implement the service into their games, it was important that it work on as many Android devices as possible, a problem complicated by the platform's gradual upgrade cycle.

Greg Hartrell, lead product manager for the Google Play game services, told us that the strategy was both user and developer focused. "It's user focused in the sense that we're trying to reach out to the largest number of users," Hartrell said. "And for developers, they want to maximize the size of the audience and the quality of the audience. Both of those things drove that decision." They also drove the decision to offer the services outside of the company's Android ecosystem.